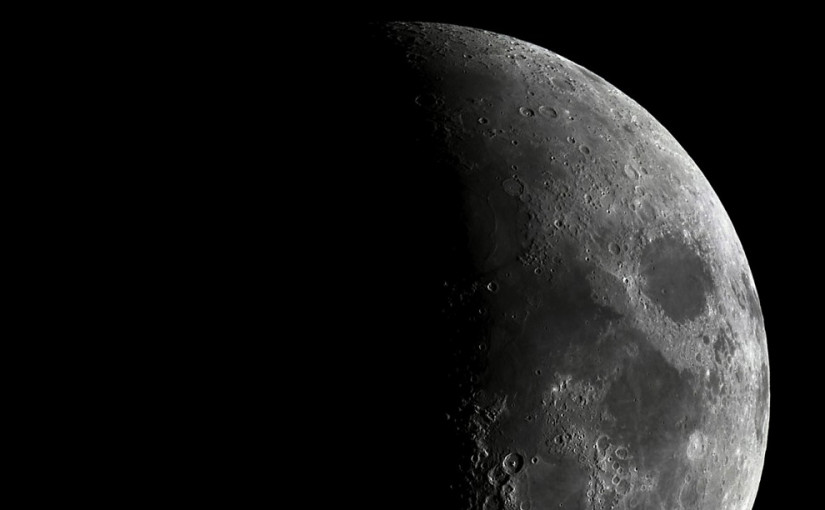 As I’ve mentioned before, I’ve done a fair few projects involving sounds from space but this is something different.

Earlier this year, Tim Burgess (lead singer of The Charlatans) invited me to do a guest slot at Tim Peaks Diner at the Kendal Calling music festival. If you’ve never been to Tim Peaks, go. Now. It started on Tim’s Twitter @Tim_Burgess, then took physical form at Kendal Calling, and you can now find it at Festival Number 6, the Isle of Wight Festival and plenty of other places around the country. An eclectic mix of talks, live music, art, DJ sets and more, the atmosphere is brilliant and its got great coffee and cakes too!

We hatched a scheme in which I would talk about the science of various sounds from space, playing samples to people in the Diner. Then music producers Jim Spencer and Dave Tolan would follow up with a talk about how to create a remix illustrated live with the space sound samples I’d just described.

I couldn’t get the smile off my face listening to Dave and Jim as they built the track, rattling the windows of the Diner with the sounds of black holes and spacecraft signals, referencing Kraftwerk, Aphex Twin and Donna Summer along the way, all underpinned by the repeated mantra of Attack, Sustain, Decay and Release.

It seemed to go down well. In fact we think the final track sounds so good it’s being released as a free download on the O Genesis record label run by Tim, Jim, Nik Colk Void and Nick Fraser. Even the track’s catalogue number OGen 069 is a nod to the year in which humans first walked on the Moon.

You can download the track from the Jodrell Bank Website (2014 August 11) or just play it directly from here under licence CC-BY-ND-NC 4.0 – please attribute the remix to Jim Spencer, Dave Tolan and Tim O’Brien:

Here is a description of the various sound samples used in the remix.

“Hello Moon, can you hear me?” – 1950’s recording from our archive of a Jodrell Bank scientist’s voice bounced off the Moon. His voice is turned into a radio signal, transmitted to the Moon (travelling at the speed of light) and its echo is caught a few seconds later, having travelled half a million miles, and turned back into a sound.

Sputnik 1 – Recordings of the beeps of the first spacecraft ever put into orbit. Launched on Oct 4th 1957 by the Soviet Union, these sounds were recorded in Dallas three days later by Roy Welch W0SL.

Lunik-II – Our Jodrell Bank archive recording of the signals from Lunik-II, the first spacecraft to reach the Moon. The signals from the spacecraft stop when it hits the Moon at  21:02:23 UT on 13th September 1959.

“Still searching” – Jodrell archive recording of the voice of a member of the American team based at Jodrell Bank in the late 1950’s and early 1960’s reporting no detection of a signal from a space probe.

Luna 9 – Our recording of the signals sent from Soviet spacecraft Luna 9 – in February 1966 it became the first to soft land on the Moon,  take a photo and send it back to Earth. The signal was intercepted by Jodrell Bank and printed on a newspaper fax machine. Physics World interviewed Sir Francis Graham-Smith about what happened.

Huygens Lander – Recording of the radar instrument on the Huygens Lander as it descended towards the surface of Titan, the largest moon of Saturn, on 14th Jan 2005. From the European Space Agency.

Proton whistlers – Whistlers are radio signals produced by plasma waves which are triggered by lightning and travel along the Earth’s magnetic field. The ghostly sound of proton whistlers following these whistler waves can be detected in space. Courtesy of NASA and Donald Gurnett of the University of Iowa.

Jovian Chorus – Produced by electrons spiralling around the magnetic field of the planet Jupiter. These signals were recorded by the Voyager 1 plasma wave instrument during the flyby of Jupiter on March 5, 1979. Courtesy of NASA and Donald Gurnett of the University of Iowa.

Pulsar CP1919 – My sonification of the radio signals from the first pulsar, a rotating neutron star beaming radio waves from its magnetic poles and flashing like a cosmic lighthouse. These signals appeared on the sleeve of Joy Division’s album Unkown Pleasures.

Exploded star V745 Sco – My sonification of X rays from the recurrent nova V745 Sco detected by the Swift satellite.

Black Hole Cygnus X-1 – My sonification of X-rays from hot gas falling into the black hole Cygnus X-1 as observed by the Rossi X-ray Timing Explorer and originally produced as part of the Astro Black Morphologies project. This forms a driving bass beat for the track.

The Big Bang – Recreation of the sound of the first million years of the Universe produced by Mark Whittle of the University of Virginia.

9 thoughts on “Hello Moon, can you hear me?”