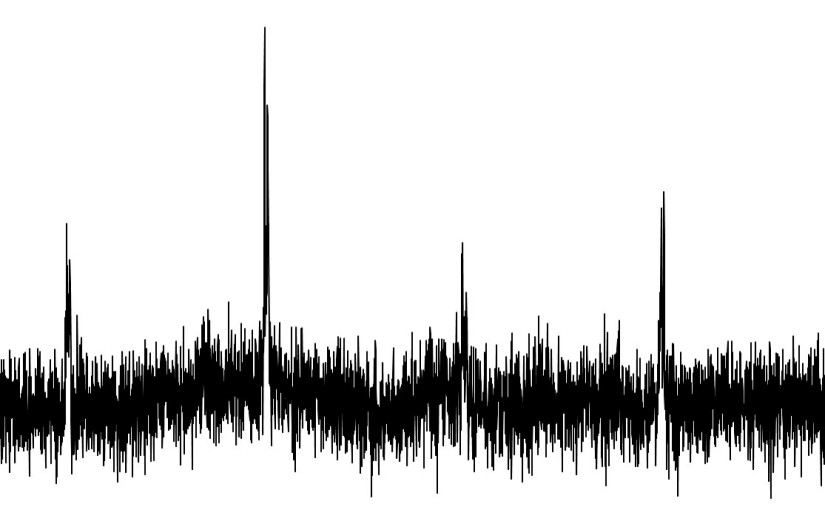 Over the years, I’ve been involved in a lot of projects featuring sounds from space: Wonder with the composer Alan Williams and the BBC Philharmonic Orchestra, the art installations Pulsar Polyphon and Silsila, even collaborations with Sigur Ros and New Order.

This week’s edition of the Sky at Night is all about the Sounds of the Universe. The team came to film at Jodrell Bank and Maggie Aderin-Pocock, Chris Lintott and I discussed a few space sounds: the rhythmic thud of pulsars, the cacophony of the Jovian Chorus, the sound of Voyager 1 leaving the heliosphere, and the sound of an exploding star.

Before I describe the Sky at Night sounds in a bit more detail, it’s important to emphasise (as we explained a few years back in an episode of our Jodcast) that most of what you hear in these space noises was not originally a sound.

In space no one can hear you scream

The tagline from Ridley Scott’s Alien (1979) captured the movie’s atmosphere of claustrophobic terror. It also referenced the generally-held view that space is a vacuum and, since sound waves need a bunch of molecules to bang into each other in order to travel, clearly sound cannot travel in space.

Achieving extremely high vacuums is difficult. For example, in the Large Hadron Collider ATLAS detector, the extremely low gas densities are equivalent to about 200,000 hydrogen molecules per cubic centimetre i.e. about 400,000x denser than interstellar space, but still a thousand million million times less dense than the air at sea level!

So, sound waves can travel in space. There are even sonic booms (shock waves) from stellar explosions. But the densities and pressures are so low they would not be directly audible. So many sounds from space are modified in some way e.g. their frequencies are brought into the range of human hearing, or they are “sonifications” of data i.e. scientific data turned into a sound in some way.

The sound of pulsars

Pulsars were discovered in 1967 by Jocelyn Bell-Burnell as regularly flashing sources of extra-terrestrial radio waves. In fact, the flashes were so regular that they seemed artificial, leading the team to dub the first pulsar LGM-1 – Little Green Man 1. However, it was soon realised that rather than messages from aliens, the pulsars were something astrophysical but also rather exotic – neutron stars, the spinning, collapsed cores of exploded stars.

These neutron stars weigh about one and a half times as much as the Sun but are only about the size of a city, twenty kilometres across. They spin as fast as hundreds of times a second and shine beams of radio waves from their magnetic poles. These beams sweep across our line of sight producing an effect like a cosmic lighthouse.

Measuring the brightness of the radio waves reveals a peak each time the beam sweeps past. These peaks can vary in strength and structure but they arrive with extreme regularity. So much so, that over many periods the spin period of the neutron star can be measured to extreme accuracy . For example that of Pulsar B1937+21 is 0.001557806468819794 +/- 0.000000000000000200 seconds. The behaviour of pulsars as very stable natural clocks enables their use in many areas of astrophysics, in particular in tests of Einstein’s theory of gravity, General Relativity.

Rather than simply look at graphs of the radio power against time, we can feed the digitised signal into a sound card and listen to the sound of a pulsar. What we hear is the regular thud of the pulsar flash superimposed on the background hiss or static made up of receiver noise plus astrophysical background (emission from the interstellar medium plus cosmic microwave background). But remember this wasn’t a sound originally, it’s the brightness of a radio signal turned into a sound.

For the Sky at Night the pulsar research group at Jodrell Bank developed a way of listening live to data from the Lovell Telescope. We used to have an analogue sound system at Jodrell Bank that hasn’t been in use for some years. However one of our academic staff, Patrick Weltevrede had some software he’d written previously to take a stream of data and feed it out through a sound card. Working with Sam Bates and Cees Bassa, Patrick got the system up and running streaming data from one of the pulsar backend computers. We tried it for the first time on the Lovell whilst recording the piece for the Sky at Night. It worked perfectly!

Patrick, Sam and Cees have since recorded several more pulsars – you can hear them and read more about them at the updated Jodrell Sounds of Pulsars webpage.

You can also read more about the project to use pulsars to detect gravitational waves on the European Pulsar Timing Array website.

There is a strong interaction between an electromagnetic wave and the charged particles in a plasma (particularly the electrons as they are least massive). Waves triggered by lightning travelling along the Earth’s magnetic field give rise to radio emissions known as “whistlers” because of their characteristic sound when played through a speaker.  The individual chirps sound a little like the tweeting of birds.

For the Sky at Night, we played a recording of bursts of these whistler-mode waves in the magnetosphere of the planet Jupiter. Known as the Jovian Chorus, these sounds were recorded by Professor Don Gurnett of the University of Iowa group using instruments on board Voyager 1 as it flew by Jupiter.

On August 25th 2012, the Voyager 1 spacecraft left the region dominated by the influence of the Sun, the so-called heliosphere, and entered interstellar space. You may have heard sonifications from its plasma wave instruments (the same detectors used to produce the recordings of the Jovian chorus), but its exit from the heliosphere was also clearly shown by data from Voyager’s cosmic ray detectors.

For the Sky at Night, I took Voyager’s measurement of the rate of impact of low energy cosmic rays (charged particles which originate in the Sun and flow out in the solar wind) and turned them into a sound. By simply converting the number of particles per second into the pitch of a note in cycles per second, it’s possible to sonify the data. The point at which the spacecraft enters interstellar space is marked by, first of all, a wavering in the pitch, and then a sudden drop to a lower note as the number of low energy cosmic rays drops suddenly.

X-rays from an exploding star

For many years I’ve studied stellar explosions, in particular the novae in which an explosion takes place on a white dwarf in a binary star system.  Gas from the companion star falls onto the white dwarf and builds up on its surface. Eventually a critical pressure is reached at the base of this accreted layer of gas. Thermonuclear fusion reactions begin and rapidly runaway into an explosion which blasts material off the white dwarf, causing the star to suddenly brighten. Once a nova outburst is spotted we observe its progress with telescopes working right across the spectrum from radio waves to gamma rays.

On February 6th 2014 a star called V745 Sco was seen in outburst by Rod Stubbings in Australia. Telescopes around the world swung into action, as did a space observatory called Swift. Designed primarily to observe much more massive explosions called gamma-ray bursts, Swift also observes the X-ray emission resulting from nova explosions.

Since the white dwarf is not destroyed in the explosion, the whole process can repeat and when more than one outburst has been seen we call it a recurrent nova. V745 Sco has now been seen to explode in 1937, 1989 and 2014.

V745 Sco is also a member of a class of novae in which the companion to the white dwarf is a red giant star. This makes the aftermath of the explosion particularly interesting as the material ejected from the white dwarf slams into the dense wind form the red giant and sets up a system of shock waves. These shocks heat the gas to millions of degrees which then glows brightly in the X-ray part of the spectrum. Sure enough, V745 Sco was detected by Swift as a high-energy X-ray source within just a few hours of the nova being discovered.

However, as the shock expands, we see through to the hot white dwarf where hydrogen fusion still proceeds in the aftermath of the explosion. This is itself a brighter source of X-rays but of rather lower energy. This so-called “super-soft” X-ray source appeared just 3 or 4 days later. This component brightens, dominating the “harder” shock emission, before fading away a week or so later.

I thought this X-ray emission might lend itself to being turned into sound. Kim Page of the University of Leicester works on the Swift observations of novae and she provided me with the latest data on V745 Sco. I took the ratio of the mean X-ray energies of the soft and hard bands of the Swift data and used this as the ratio of the pitches of two notes. The high note representing the high energy hard X-rays and the low note the low energy soft X-rays. The volume of each tone is then given by the changing brightness (or count rate) as measured by Swift.

3 thoughts on “Sounds of Space”